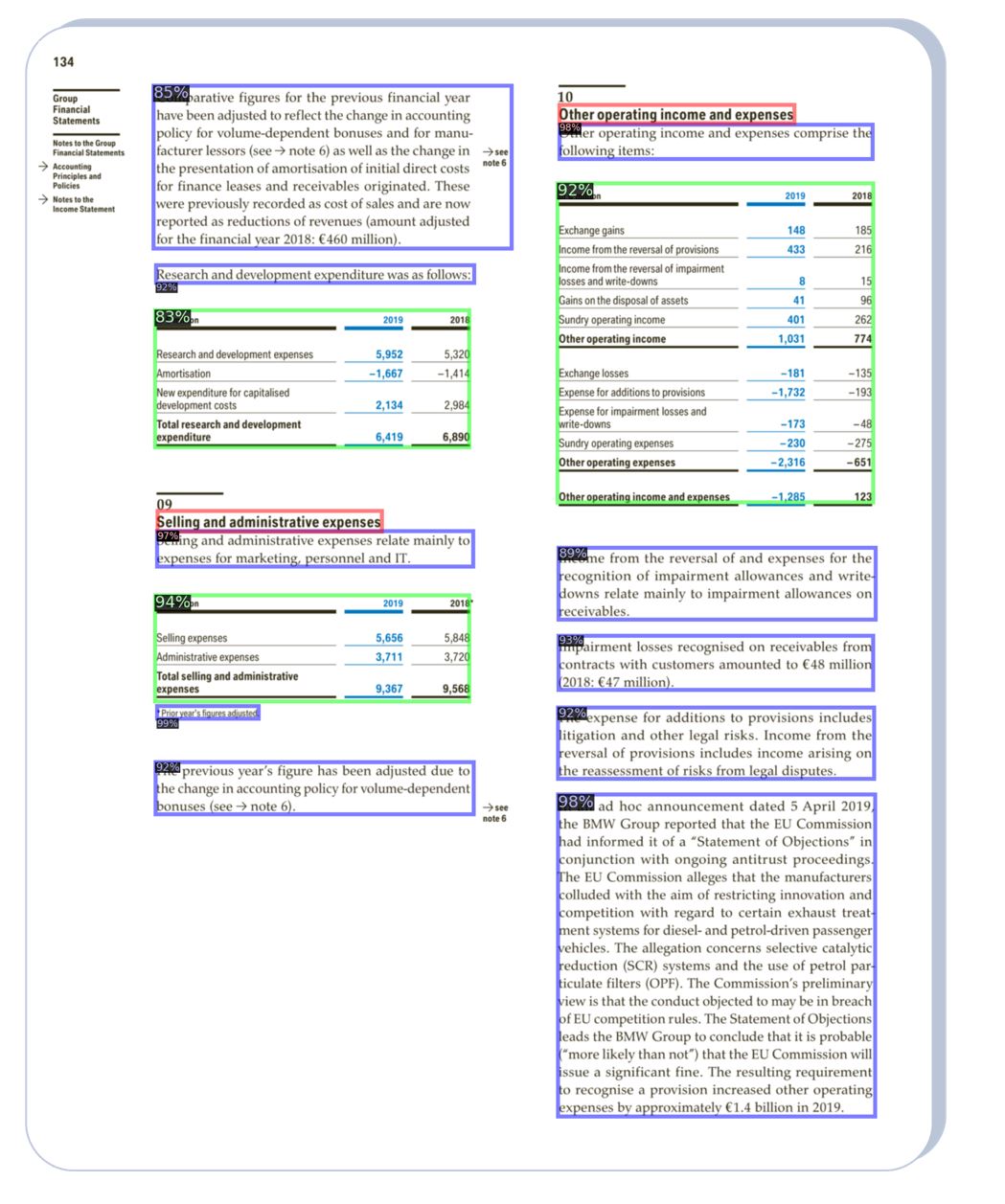 Automatic text summarization in documents with faster R-CNN and PEGASUS

Today, rising amounts of documents and the contained information have to be processed by enterprises to be able to use the hidden content. This is either done by time-expensive manual text summarization or by using an automatization solution. Automatic text summarization helps humans to efficiently process the growing volume of information.

What exactly is automatic text summarization?

The Oxford English dictionary defines automatic text summarization as “the creation of a shortened version of a text by a computer program. The product of this procedure still contains the most important points of the original text.” [1]

A good example where summarization can be useful is the annual reports of companies. Those documents contain a lot of facts that can be crucial for investors since they include information on many factors such as sustainability or environmental policies which can help the investors' decision. However, the annual reports are normally very long documents with hundreds of pages, which makes their analysis a time-consuming process that could be facilitated by an automatic workflow.

How can we summarize text in PDF files?

We divide the process into three main parts. For each of those steps, we go more into detail in the following sections of this article. Feel free to jump right into the details or let us first walk you through the main outcomes of each step.

1. Use Object Detection for Page Segmentation

In the first step, we need to select those parts of the document that have to be focused on. With page segmentation or also called layout analysis, we refer to the division of a document into separate parts. This is done with our own trained model because we couldn't achieve the needed outcome with off-the-shelf software like Tesseract or Abbyy FineReader. While we can get a lot of already summarized information from images, graphs, and headlines, it is the text that is the most complete source of information. A possible way to split the document into different components is to use a computer vision approach. A model for multiclass object detection can automatically differentiate between different elements in the annual report. All content can be split into five categories: title, text, table, list, and figure. Only the found locations of the category text are used for the following steps of the summarization process.

2. Use OCR to convert the image to text

The next step is to convert the selected bounding boxes of the document into text. This part can be defined as an optical character recognition (OCR) problem, which was resolved using established tools. Of course, this step can be omitted if the documents already have text embeddings. However, it is often necessary to read tables or scanned documents, for example. In our software solution, the users can decide for any project if they want to use text embeddings, Tesseract, or a commercial OCR.

3. Text Summarization of any paragraph

The final step is the summarization of the selected content. So-called Transformers, which lately have proven to be powerful models, come to play. We used the tailored BERT model PEGASUS which is specially designed for automatic summarization. The outcome shows us a summarized version of the paragraph that we detected and extracted from the report in the first steps. The original length of 910 characters was reduced to 193 characters, leading to a time saving of almost 80%. Still, all the relevant information to understand the paragraph is included.

This approach shrinks paragraphs in a PDF file by 80 %.

Do you want to learn more right now?

How to use object detection for page segmentation?

Object detection is a task where objects of a known class are identified in the image and information about its location is provided. A very known architecture for this task is the Faster R-CNN. This architecture has two outputs for each object: a class label and a bounding-box. It consists of two modules: one deep fully convolutional network to propose regions and a Fast R-CNN that detects objects in those regions.

The goal is to select only the relevant parts of the report, in our case the text paragraphs. Other parts that already contain summaries, such as headings or tables, are not relevant. So the first thing we need is an annotated dataset with the different document elements. PubLayNet is a dataset with Annotations of text, figures, titles, lists, and tables on more than 360,000 pages of scientific papers [3]. By fine-tuning a mask-R-CNN model trained in PubLayNet, we obtain a model that allows us to detect the parts of the documents that correspond to text. The model we used is available in the Detectron2 platform, a platform from Facebook AI Research that enables rapid testing of state-of-the-art algorithms [4]. In the figure we can see the bounding boxes and the classification shown with a different color for each class, which was the result without any fine tuning. For our problem, we are not interested in the mask of the text, but only in the bounding box marked in blue.

Register for free and try out the page segmentation API with your own documents. Register to access our API documentation. Using our document labelling tool you can create a dataset and fine-tune the PubLayNet model on your own documents.

Which is the best OCR engine?

After having found the portion of the images that we are interested in, the next step is to extract the text from them with the use of optical character recognition (OCR). OCR can be done by computer vision approaches that can include detection, segmentation and recognition of characters but most recent approaches include a combination of CNNs and Recurrent Neural Networks.

An example of a OCR pipeline can be:

Summarization is now commonly performed using Transformer models. Transformers are a type of neural network architecture introduced in 2017. They were initially designed for machine translation, but are now used for almost all modern NLP applications, such as entity recognition, natural language inference, question answering and summarization. Transformers are able to process all incoming data in parallel, in comparison to the previous state-of-the-art models, LSTMs, which processed data sequentially. This ability for parallelization makes them easier to scale up with an exponentially growing amount of compute and data.

The main novel concept introduced in the Transformer architecture is the use of “multi-head attention”. In the Transformer, each element in the input sequence is split into three vectors: Q, K, and V. Attention calculated as a weighted sum of these vectors, where the weights are both learned and are context-dependent. In other words, the data input into the model decides where the model should focus its attention. Multi-headed attention implies that we split each vector into multiple “heads” and calculate attention across each head in parallel. Therefore, we perform multiple attention calculations at once, all in parallel, before combining the results together at the output. [5]

The most commonly used Transformer variant is called BERT. BERT only uses the encoder from the original Transformer with very small architecture changes. The main novelty of BERT is that it was trained as a “masked language model” on a large amount of unlabelled text. Masked language models are tasked with “filling in the blanks” of a given sentence, i.e. given a sentence replace a few of the words with a [MASK] token and then try and predict what the actual word was. It turns out that this task teaches the model a lot about natural language, so much so that it is now common to take a pre-trained BERT model and then fine-tune it to your desired task. This is usually a good starting point when trying out neural networks for NLP and most NLP research is now focused on how to improve Transformer models and their variants by either tweaking the architecture or inventing a new pre-training objective.

PEGASUS is a model designed for automatic summarization. The architecture is similar to the original Transformer, with the decoder, but it is pre-trained on two tasks simultaneously. The first task is the masked language modelling task introduced by BERT. The second task involves predicting an entire sentence that has been masked out in the input. PEGASUS is first pre-trained trained on a huge amount of text, consisting of 1.5 billion news articles and then fine-tuned on the target dataset. It achieved state-of-the-art performance across twelve commonly used summarization datasets. [6]. 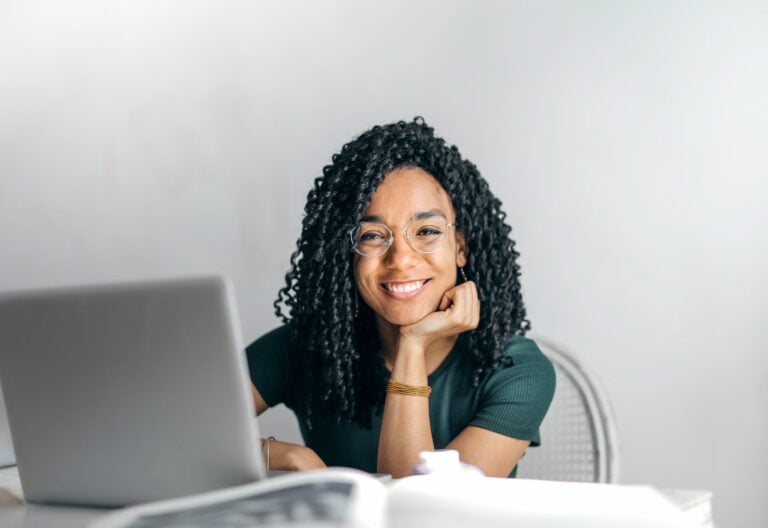 In a world dominated by optimization and digital transformation, successful companies need to be faster, better and smarter than the competition.... 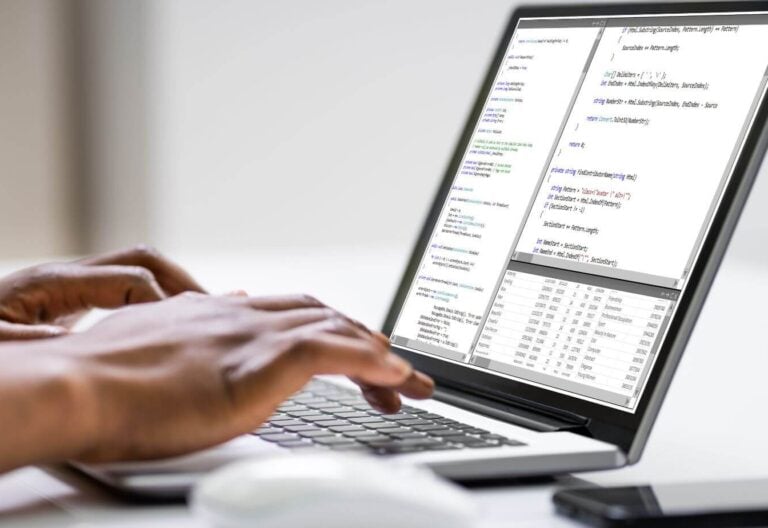 OCR text recognition has been around since the 1990s, when it was used exclusively to easily digitize physical documents. This... 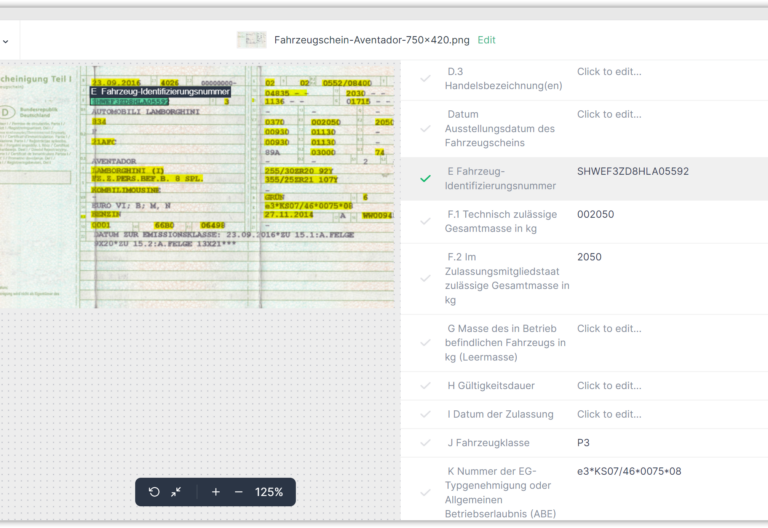 AI scanner software captures all data in seconds for automotive, insurance and government Optimize your processes with a...